In 1979 I took two classes thru a junior college in downtown Oakland, California.  The classes were “Creative Divorce” and “Living Divorced” based on the book by Mel Krantzler.  In the first class I met the best man at my future wedding, Patricia Speka, and the instructor who would perform my wedding in 1985 and that of my son, Colin in 2012, Rog Carrington.  In the second class which started on September 12, 1979 I met Nancy Lynn Larsen (Burnham).

Later that year I began dating Nancy, December 14, 1979,  and we became public as a couple by having lunch at work on Good Friday April 4 1980. We both worked at Blue Cross and while in different departments we did not really care to have our co-workers at Blue Cross know we were dating.

On March 24, 1980 Nancy told me that she loved me. I was speechless and could barely respond with “that’s nice, thank you”.  Despite being 31 years of age I had only heard those words from my Mother and my ex-wife.  Both, in different ways, had abused me with their actions because I had said “love” to them.  I felt love for Nancy, but, like an abused puppy, was fearful of expressing it and having it used against me.  Nancy’s comment and my torment, anxiety, fears lead me to seek weekly counseling from a licensed MFCC.

On August 5, 1980 I told Nancy that I loved her.  I don’t give all the credit to the intervening four months of counseling but to being slightly drunk from the party we were attending.  Wine can be a good therapy tool.  Nancy would tell me that the period of time between our mutual sayings of love was hard on her but that she felt that I loved her and I treated her as if I did.  She was patient and not pushing for affirmation in the meantime.

I don’t recall ever having told my Father or Brother that I loved them or ever hearing that from either and do recall trying to avoid saying that to my Mother.  I regret all of that.  I am very happy that I said it to Nancy and will say it again.  I love you Nancy Lynn!

Love should not be silent! 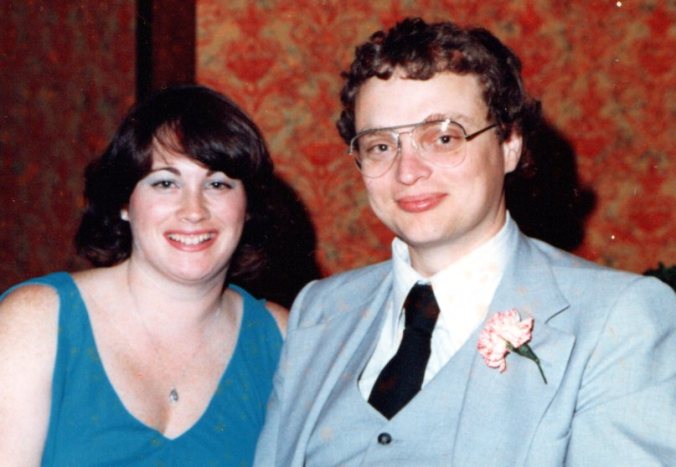 2 thoughts on “Love Should not be Silent”